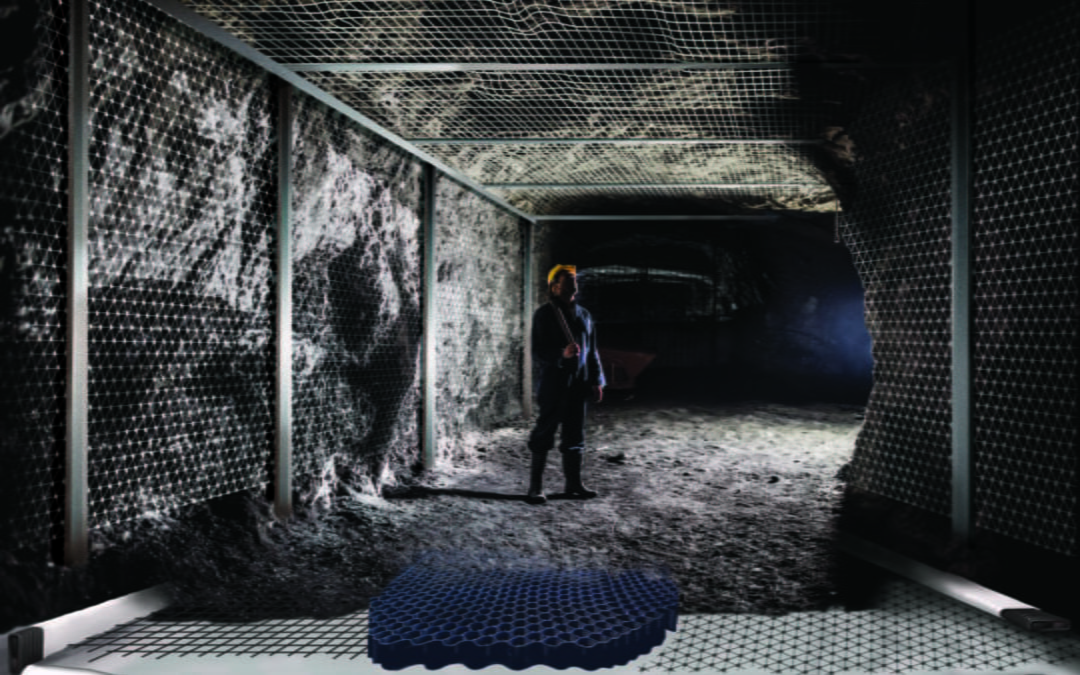 It’s a problem that’s plagued coal miners for generations: loose rock falling from the roof, a hazard requiring constant attention. It’s a problem that has finally been solved thanks to a newly developed material, a strong plastic mesh that provides a long-term ability to keep all that loose rock up where it’s supposed to be.

So it was with safety in mind that Shaynak decided to invest in the new material as a way to keep the rock from falling. What he’s found is that it’s also good for the bottom line.

“We get a return on investment: We get a safer workplace…and our workers remain injury free.” Shaynak says.

The money saved is what he calls “soft savings”– injuries that are avoided, constant cleanup that’s no longer needed, violations that don’t occur, and improved and more focused productivity of workers who aren’t constantly looking above their heads for danger. All told, he says, these savings add up to real money that doesn’t have to be spent and more than offsets the cost of the mesh.

Before the mesh was used, falling rock was a problem, says Bob Price, Continuous Miner Coordinator at the Enlow Fork Mine, one of three CONSOL mines in Pennsylvania. There, crumbling shale from the roof came down like razor blades on the men working underground.

“A lot of times you’d have rock hit them in the arm or hit them in the head,” Price says, and it was not uncommon for a gash from falling roof material to require stitches. “It wasn’t unusual to get hit with something every day,” he says. “Now it’s rare that we ever get a report of it.”

Located in the western Pennsylvania community of Pleasant Grove, the geology at Enlow Fork is typical of that in the region, where crumbling shale has long presented a roof hazard. Now, all three of CONSOL’s Pennsylvania mines are covering the entire roof in mesh.

Traveling through the mine, it’s common to see chunks of roof material, some of them pretty sizeable, suspended where they would otherwise have fallen.

Doug Syrett, a section supervisor trainee working underground at Enlow Fork, says everyone appreciates the difference the mesh has made. “It makes me and everyone else feel more comfortable up in the section,” he says. “The loose rock doesn’t come down and hit us.”

Developing a material that would meet the strength requirements and characteristics needed by CONSOL took two and a half years, says John Steffenino, industry manager for resource extraction at Tensar, the Georgia-based company that produces the mesh. Tensar, he says, prides itself on its ability to solve problems by developing new polymer materials.

Before this material was developed, Steffenino says, the only option was for mines to use welded wire–a material used only in the most problematic areas because it’s heavy, tough to work with, and disintegrates quickly in wet, acidic mine conditions.

The plastic mesh, he says, is seven times lighter and doesn’t break down. Once Tensar’s mesh is installed, he says, “It’ll be here forever.”

This article was originally published in Mining People Magazine.